Earlier in the year, we received a message via our site from Fesra in Cyprus, who wanted to organise a two month long stained glass course.
Fesra, the daughter of the owner of a glass company in Turkish Cyprus had already had some experience sandblasting and copper-foiling, but she wanted to broaden her knowledge and learn about leaded stained glass and painting on glass, using transparent enamels.
As a member of the European Union, Cypriot citizens are able to access European funding for a range of activities, and so, with the help of an expert friend, Fesra wrote a project and applied for a grant. Much to her and our delight, she was successful.
Already being accustomed to hot climates, Fesra opted to join us at the end of June, spending the hottest months of the year with us. Once she had arrived, she settled into one of the private apartments that we make available to our students, and her two month long stained glass course began.
As an initial exercise, Fesra worked on copying various decorative elements that we were working on in the studio, that were for part of a larger stained-glass commission. Once she had honed this skill, we moved on to planning a challenging project that she would work on and which she would be able to take back to Cyprus with her at the end of her course. She chose to create a stained glass with a representation of the Venetian Lion in bas-relief, which is found in the entrance of Castle Othello, in the Turkish-Cypriot city of Famagusta. Surrounding the subject she designed a decorative boarder that was inspired by traditional Cypriot embroidery, and the results were quite remarkable. 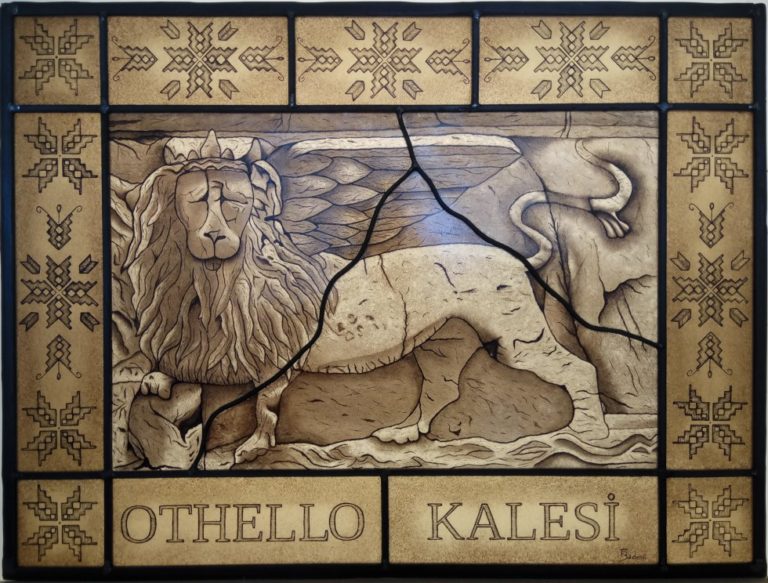 Once completed, she moved on to a second, equally challenging piece to further hone her skills, this time opting for a small figurative panel, with a portrait of Saint Barnaba.Each window required specific techniques and so for the final window, to ensure Fesra had had experience working with all of the main media used in stained glass, she created a window that required the use of transparent enamels. The subject she chose was a hummingbird, sipping nectar from a fuchsia flower. The central panel and the painted border were painted with traditional brown pain and transparent enamels. 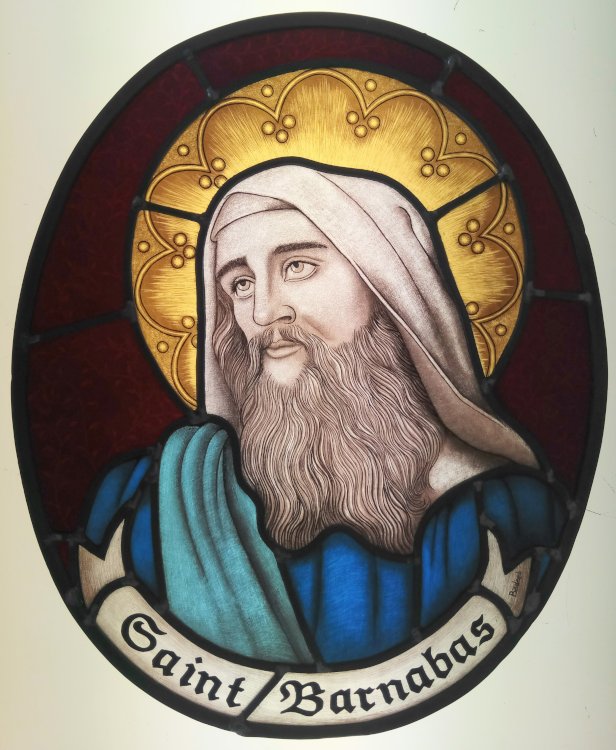 Over the two month long stained glass course, as she worked on her stained glass, we took her on various outings to admire some of the beautiful places in the area: Orvieto, and Civita di Bagnoregio and she also spent a weekend in Florence. At the end of her stay, she chose Rome for a well-deserved week’s vacation.
Fesra left us with new perspectives and skills working with stained glass, and I wish her, and her company a happy and productive journey through the realms of stained glass.